Beginning the Academy Experience
"A Home For The Modern Musician."
The Joe Ferrante Music Academy was founded in 2003 as a private music training program when Joe Ferrante was at the University of Southern California as a Music Composition/ Scoring for Motion Pictures & Television (SMPTV) major. Beginning with only a handful of students who studied with Joe in the Ferrante family home in Monrovia, Joe soon realized he would need help and proceeded to recruit his USC colleagues to teach. The ensuing combined effort elevated the fledgling academy-to-be to nearly 100 students by mid-2004. At this time it became necessary to obtain a larger space with multiple teaching rooms and to procure instructors who were multi-instrument in Piano, Voice, Violin, Guitar and/or Drums, and who were cross-genre who could provide a wide range of musical styles to a diverse and curious student body. In July 2004 the Joe Ferrante Music Academy made its commercial debut on Colorado Boulevard in beautiful Old Town Monrovia and the Joe Ferrante Music Academy was born.

Following its debut year on Colorado Boulevard, the Academy found instant popularity amongst the arts community in the San Gabriel Valley and within a single year had nearly doubled its enrolled student body. In the summer of 2005, the Academy opened its second location on Colorado Boulevard which provided three large teaching suites dedicated to acoustic and electric guitar, drums and bass, officially creating its Guitar and Drum Center.

Further improvements were on the way and by 2005, the Academy took the bold step in providing the epitome of musical quality to its student community by offering lessons exclusively by an all degreed teaching staff. Through the Academy's devotion to the highest level of excellence in teaching, its reputation quickly spread throughout the Los Angeles music community as the source for high quality private musical training.

You may be wondering what sets us apart from other music schools or private instructors. At Joe Ferrante Music Academy we have created one-of-a-kind programs that are creative and unique, giving each student a learning experience that is fun, goal-oriented, confidence-inspiring and more rewarding than most. We have gone the extra mile to create an environment where you can truly shine and master your instrument with polish and poise.

In 2006, Joe decided that further support was needed to facilitate the all-important triangle of parent, teacher and student communication and creatively began an industry first progress report program, the Student Test & Evaluation of Progress (STEP) Program. The STEP Report combined the best attributes of a report card, a "things learned" and "waiting to be learned" checklist and a short essay evaluation form into one easy to read document mailed home to parents. The STEP Report became a hallmark of The Academy Experience and also established the foundation of the 10 Levels of Achievement. Through the STEP Report a non-musically trained parent could now see what progress their young prodigy was making and could also now have the terminology at their command to discuss specific musical accomplishments and to plan for future musical goals. The STEP Report empowered parents to take control of their child's musical development and to ask specific, educated questions of teachers and effectively removed the "language barrier" of discussing musical concepts between professional musicians and laymen. 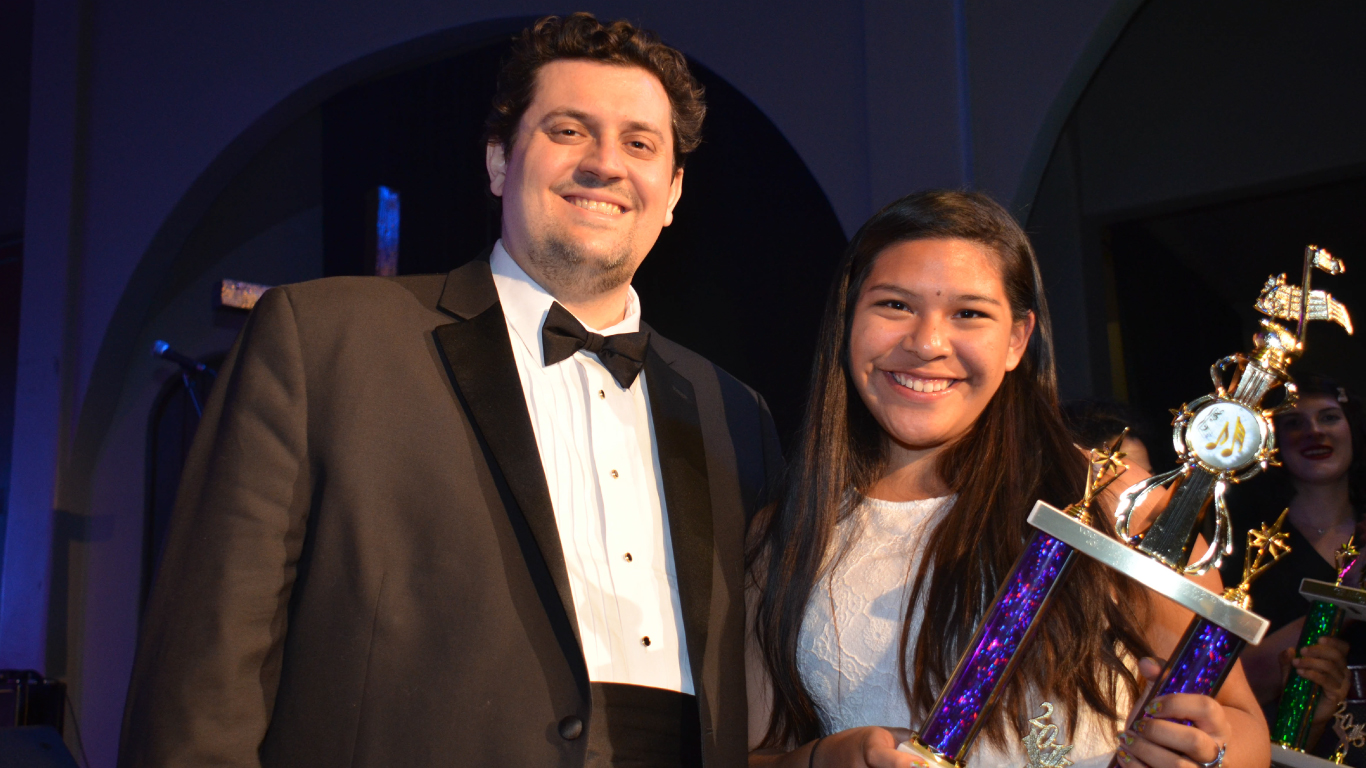 Each lesson is taught under the oversight and philosophy of Joe Ferrante, a graduate of USC in Music Theory & Composition with an emphasis in Scoring for Motion Pictures and Television. Joe has studied Concert Piano extensively in New York and France with Jeaneane Dowis-Lipman, formerly of the Juilliard School, as well as at Mannes College of Music in Manhattan. Joe has composed, conducted and recorded seven original film score compositions for professional symphony orchestra at Paramount Pictures and is currently hard at work on his second solo album of original compositions.