For more information about Joe's career as a composer and a pianist:

Joe Ferrante first fell in love with the accordion at the age of 4, but his father Mario persuaded him to try the piano first. Good thing because by the age of 18 Joe had won several awards for his piano playing and even recorded his first instrumental CD of all original compositions titled "A Coat of Roses." As a teenager, Joe slept in a bedroom just big enough for his bed and his grand piano. Music has been a constant in Joe's life, taking him to study abroad in France, in New York City, and eventually to earn his degree in Music Composition and Film Scoring from USC. Having scored dozens of feature films, Joe has now turned his attention back to his recording career as an artist, and is hard at work on another album of original compositions, which you can hear him perform works from at the end of our Awards Recitals. As President of the Joe Ferrante Music Academy, Joe's desire has always been to bring music to the masses, whether through film scores, concerts, CDs, or lessons. 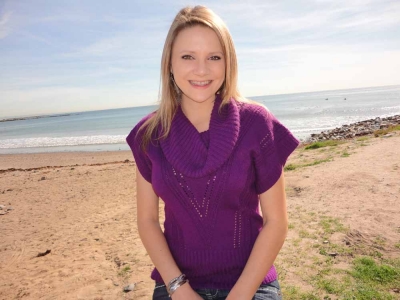 Summer Ferrante has been singing and writing music since she was just 4 years old. She has performed in various bands, choirs, and has even released her own pop music CD titled "Favorite Fantasy" of all original compositions. A shy child, music always allowed Summer to express herself and connect to others with confidence. As an adult, she went on to major in Sociology and minor in Psychology at APU, developing her passion to enable people to have their voices be heard and valued. She has recently founded her own publishing house called Summer Joy Books that focuses on publicizing the stories of those often marginalized from society because of their struggles with disabilities, gender, or poverty. Summer is the Manager of Operations at the academy as well as our Pre-K program, teaching even the youngest members of society to learn how to feel good about themselves and express their feelings through music.